With best wishes to everyone for a clear awakening within the heart mind of compassion! May all be auspicious for this year of the White Iron Mouse (Metal Rat) 🙂  🐭🙏🕉

Due to time difference, most Himalayan monasteries celebrate Feb 24th, performing protector practice until then. Here we are giving thanks for the blessing of love and light and the prayers being offered up these Holy Days for close of the Earth Sow for another 60 years, and the start of the mighty Iron Mouse and a year of generally good prospects ~>

More can be read about the Metal Rat at Chinese New Year, this year a month earlier than the Himalayan Losar.

The actual horoscope for Losar, and the beginning of a fortnight celebrating Buddha’s miraculous displays, ‘The Lights’, Sun and Moon in Pisces are conjunct a Persian Royal Star, ‘Formalhaut’ in Southern Pisces. Formalhaut is one of our brightest stars and is known as ‘Watcher in the South’. According to Bernadette Brady, Watcher Stars present a challenge we must step up to. In this case, it is our ideals which must be ethical and sound, or a fall from position is steep. Yet this ‘Fixed Star’ also brings a sense of renewal, releasing the negative, recharging spirit and soul all the while Mercury is Retrograde and the revision of faith continues until Monlam Chenmo, the celebration of all light working miracles and of Buddha subduing his enemies, inspiring faith in his followers.

Or as Osho would say, ‘Be realistic. Plan for a miracle’.

All in all, this is a rather exiting year of the White Metal Mouse. Even with Samsara’s various challenges, there is the promise of serious breakthrough(s), clarity and freedom. For the early part of year Tropical Saturn leaves behind austere Capricorn planets, and heads into alternative Aquarius with the balancing March Equinox; and stays there until July, when TimeLord Saturn returns to home sign Capricorn.

In December, however, there is a major shift with a most significant alignment – an alignment so magical three wise men followed one similar 2000 years ago, to find a New Born King. The ‘star’ they followed is said to be the Jupiter Saturn conjunction, then in Pisces, the sign of the Fish. Incredibly, Jupiter and Saturn will conjoin again for Christmas, in the sign of Aquarius, at the very time the New Light King is reborn at Solstice, in airy Aquarius, December 21st 2020. A dawning of the New Age of Aquarius, indeed. What is really of note is that while the actual ‘Age of Aquarius’ may take more time to manifest in its pure altruistic awakening humanitarian state, Jupiter and Saturn are now markers for the extra long, two-hundred-year cycle of the Great Chronocator’, which is a delightful planetary pattern that happens as Jupiter and Saturn meet only the same Element for the next two-hundred years, which in this case is Air, to which Space belongs – and the special insight that arises from the infinite unified field of cosmic consciousness.

Quite some year for the mighty and cute Iron Mouse!

Though as an astrologer I’m also reminded how the Vedic Lord of Astrology, elephant headed Ganesh, also has a mouse, Dinka, as his vehicle (Vahana) and friend, adding speed and sharpness to our thoughts and activity. Ganesh is also the ‘Remover of Obstacles’ ~>

May all obstacles be quickly overcome for our integrity to be strong and true, and for the swift realisation of healthy ideals!
🐭🙏🕉🐘

Losar Tashi Deleks!
Light blessings to all on a marvelous New Pisces Moon!

PS: in Astrology, Space & Air rule the mind.
In Buddhism…
~ “Mind precedes all mental states.
Mind is their chief; they are all mind-wrought.
If with a pure mind a person speaks or acts,
happiness follows him like his never-departing shadow”. ~
Dhammapada v. 1, 2 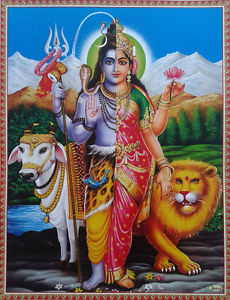 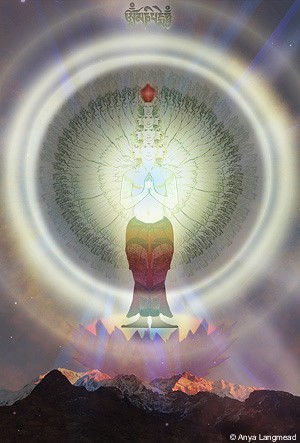